skip to main | skip to sidebar

Walking back to the car, after a ferry ride, after watching the SF Giants lose to the Washington Nationals, this scene presented itself.
For those not from around here, That's San Quentin in the center background. To the left of this shot is what we call the Dirty Harry trestle. It's where the scene was shot where he jumps onto the top of the bus. The rail line has been abandoned for some time, and recently more of the trestle has been removed to facilitate a bike trail. The Dirty Harry section was damaged by a too tall truck, and then dismantled some time ago. 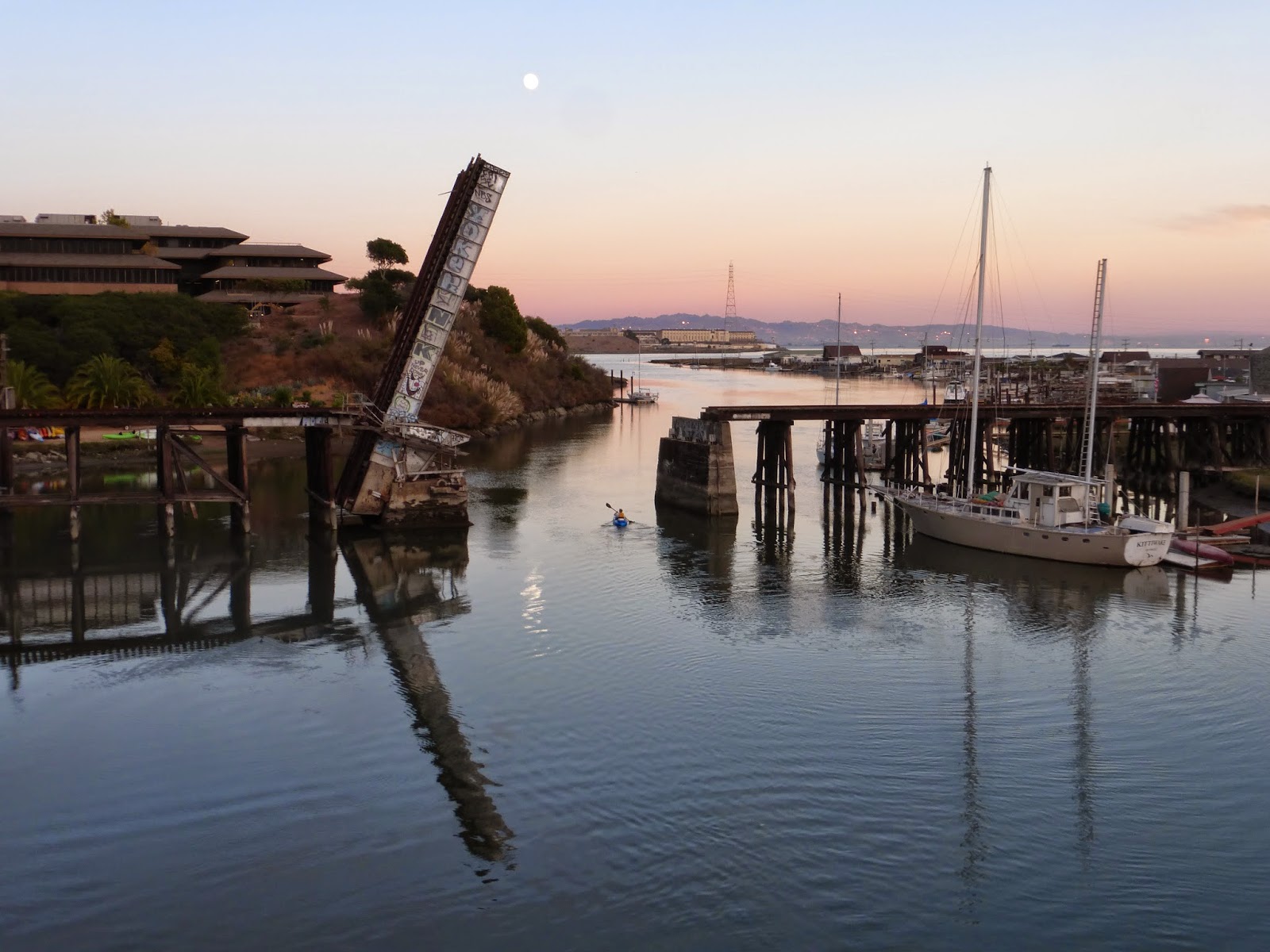 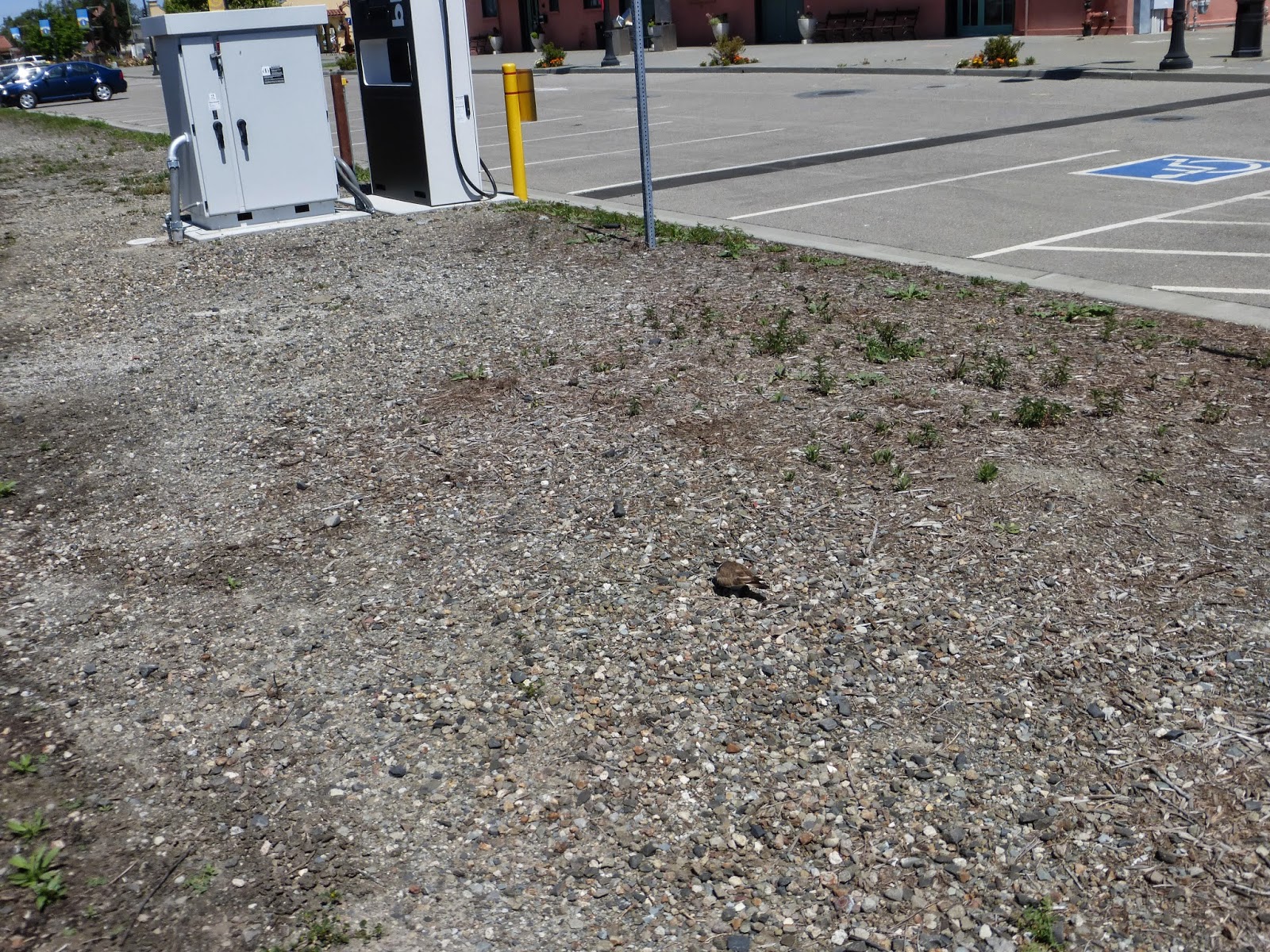 This, my non bird educated friends, is a Kildeer.

I just learned this after almost stepping on it 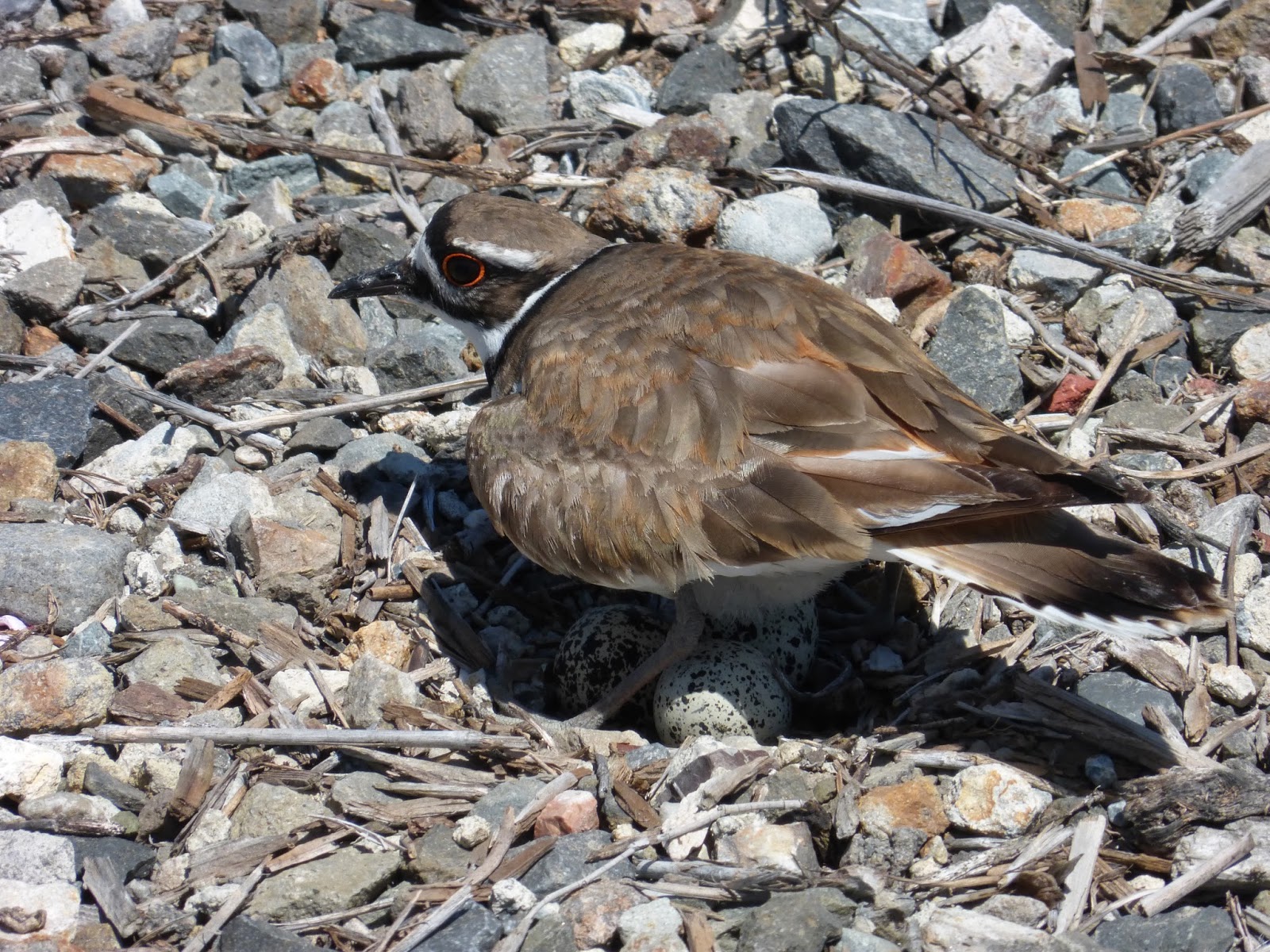 I also learned that this is perfectly normal behavior for a nesting Kildeer. Sticks, stones check, near Railroad tracks check.
Posted by Silliyak at 8:46 PM 3 comments: 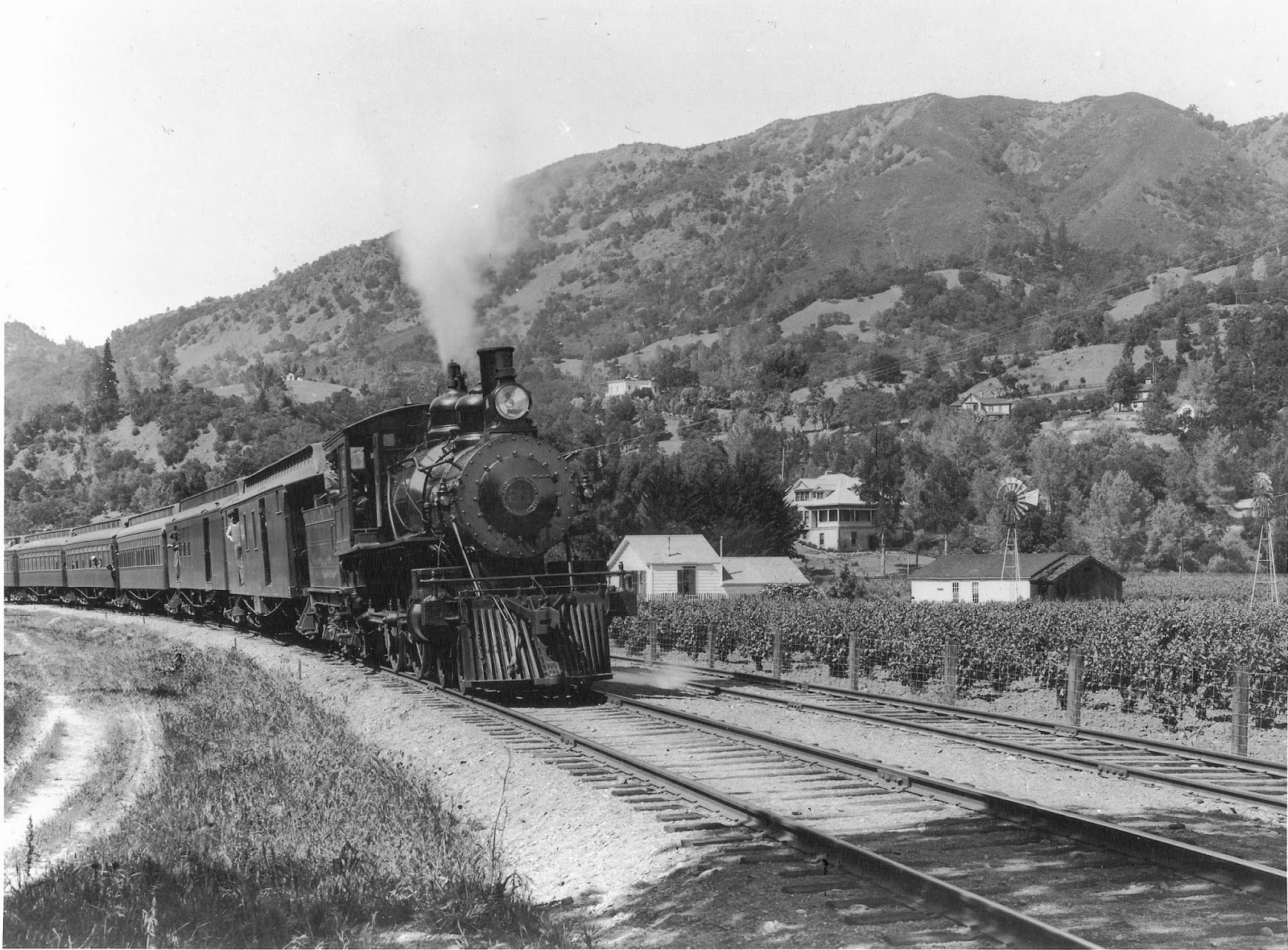 I found this in a bin at a local antiques faire a week ago. The cool part is the first baggage car, right behind the locomotive, is the baggage car we are restoring at NWPRRHS.ORG, seen here . By identifying the locomotive #21, which was  a number only used by the San Francisco & Northern Pacific RR, a predecessor to the Northwestern Pacific RR, we know that this was taken between it's build date of 1892 and when it was taken over by the NWP in 1907.
Posted by Silliyak at 8:33 PM No comments:

This is a chapel rail car, "Good Will", built for the Baptist church in the late 1800's. As documented in the attached link, it spent it's early years in Texas, but eventually ran on the NWP (NorthWesternPacific RR) before landing in Sonoma California in about 1938. It's about 80' long, surrounded on the 2 long sides and above by large trees, and small access roads if one was able to get it off the lot. 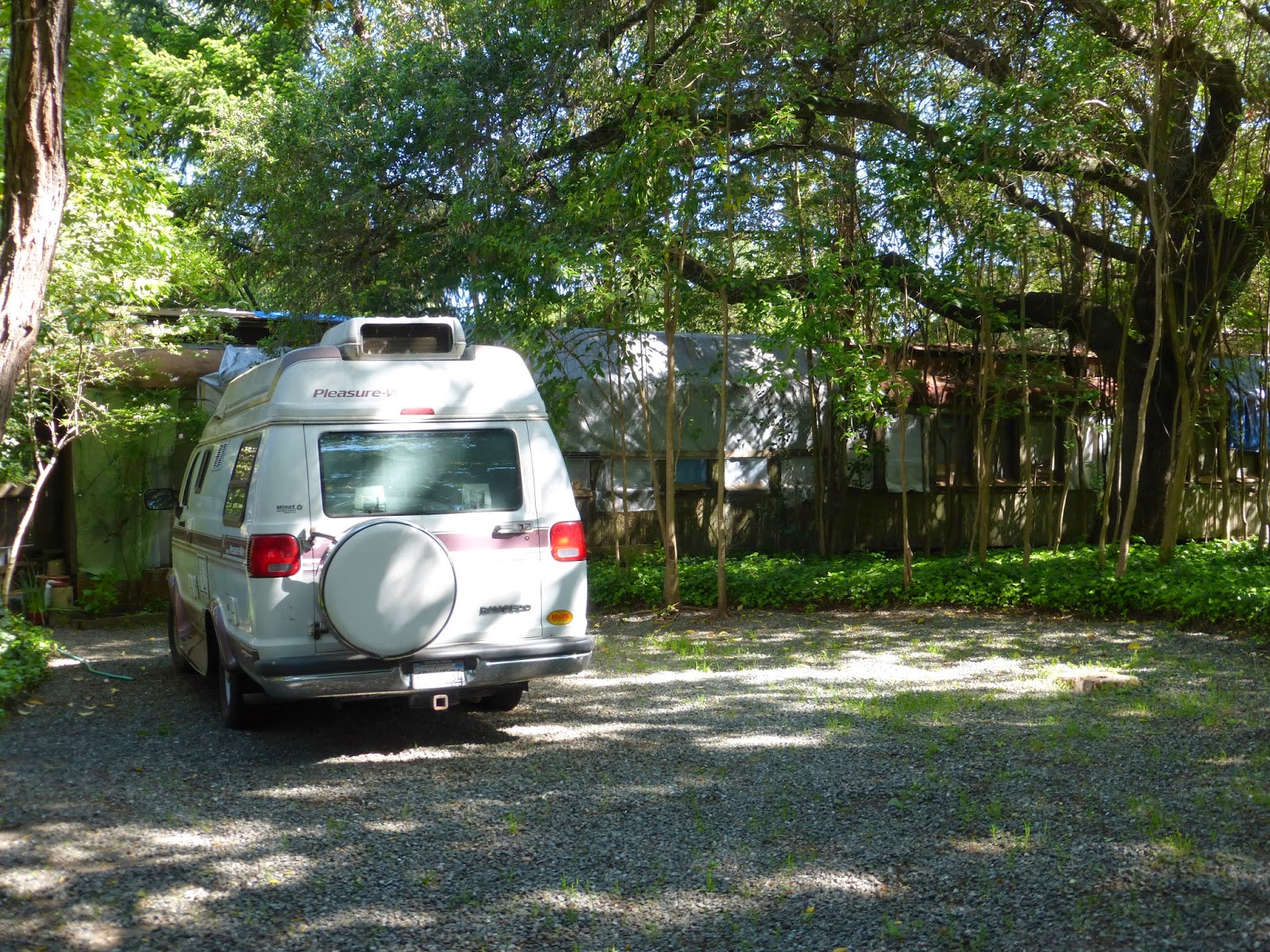 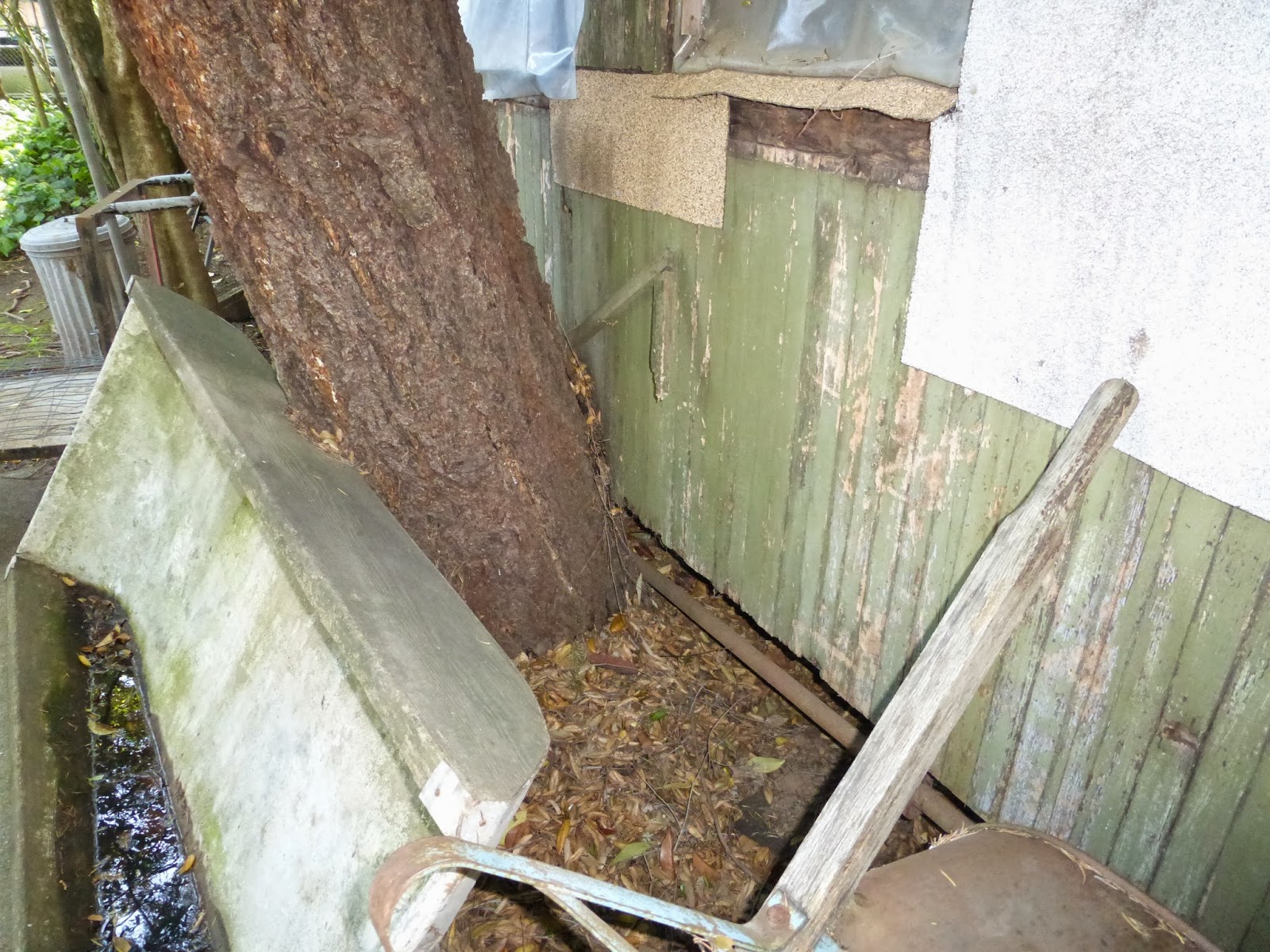 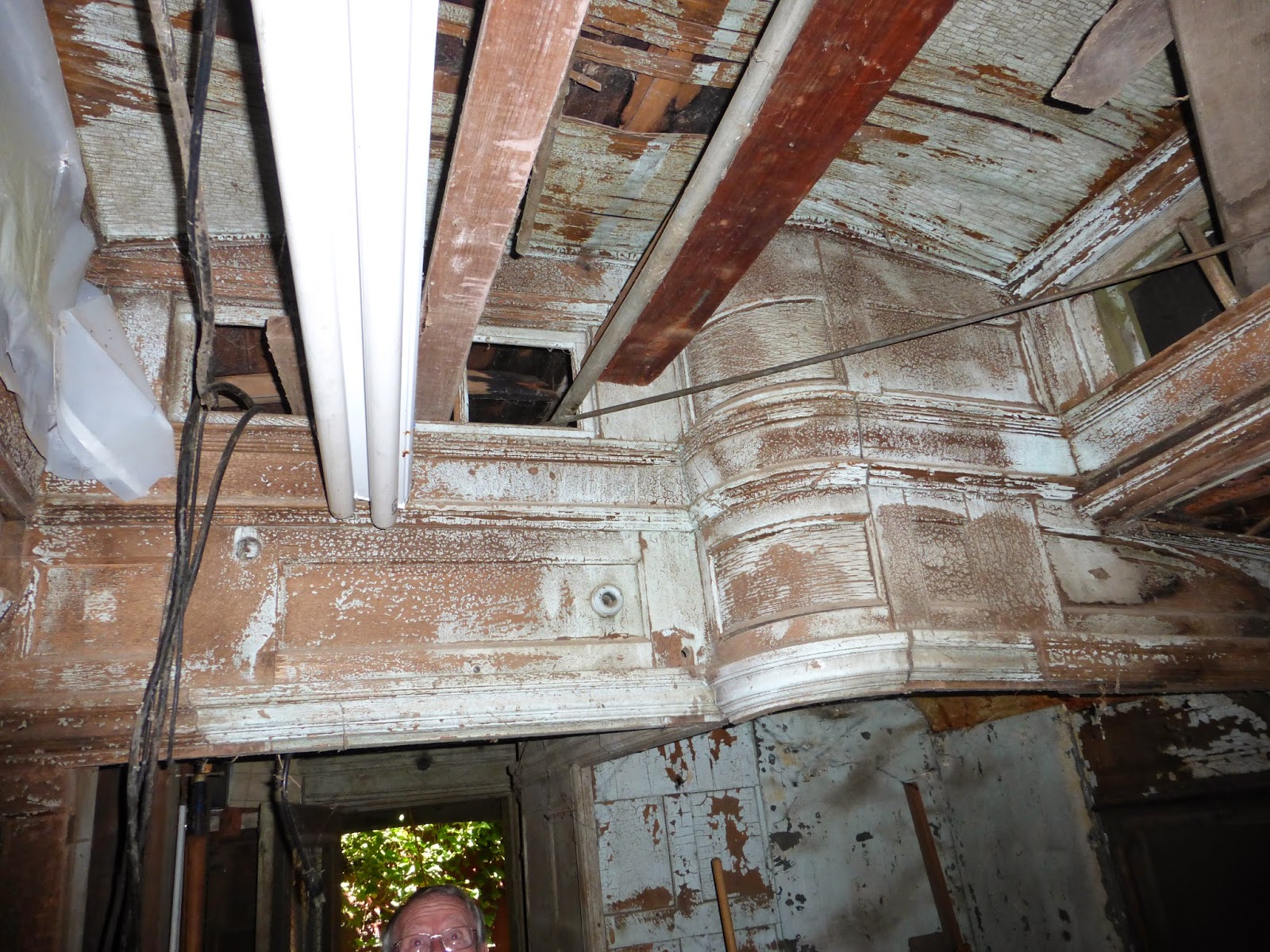 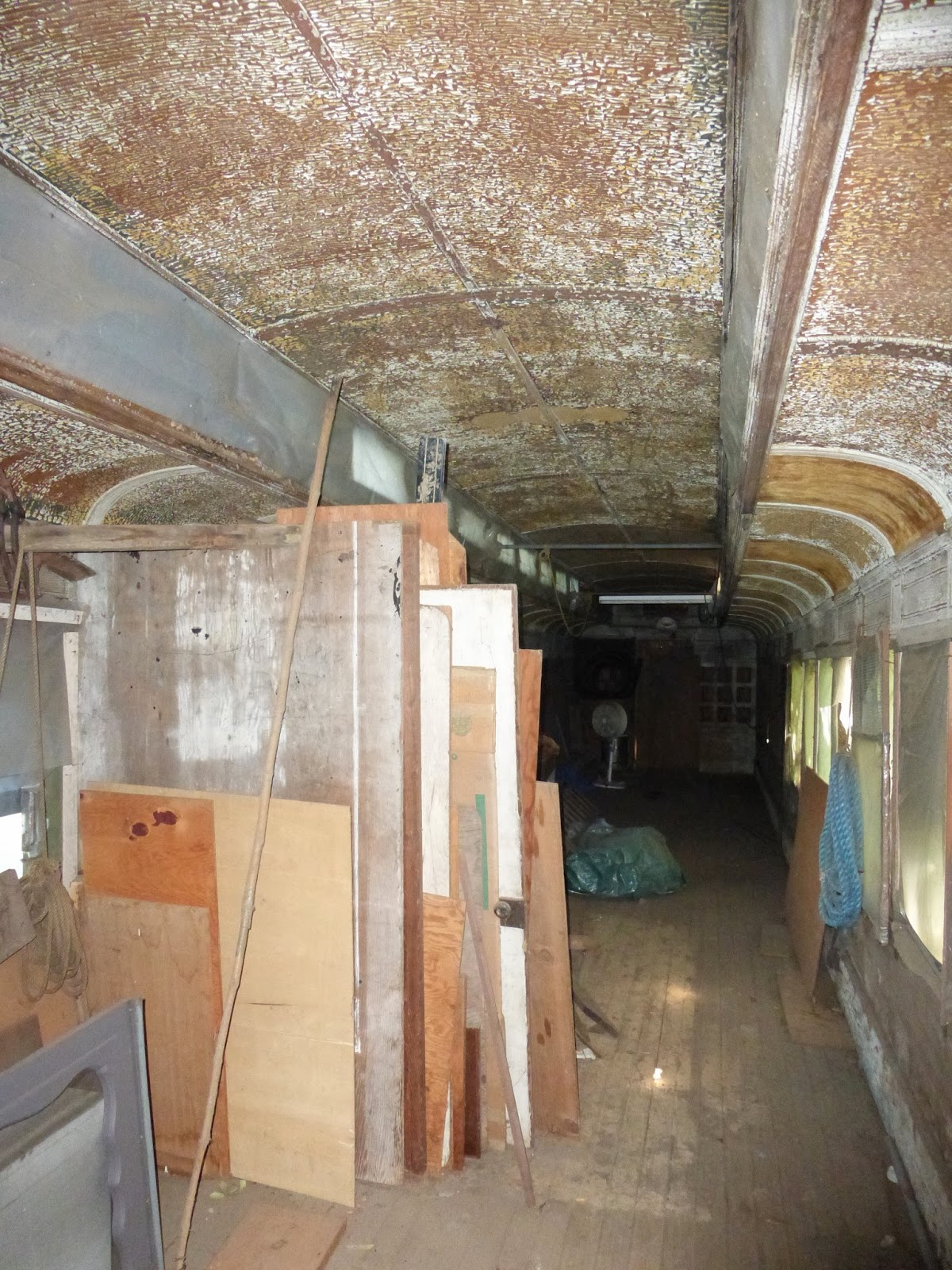 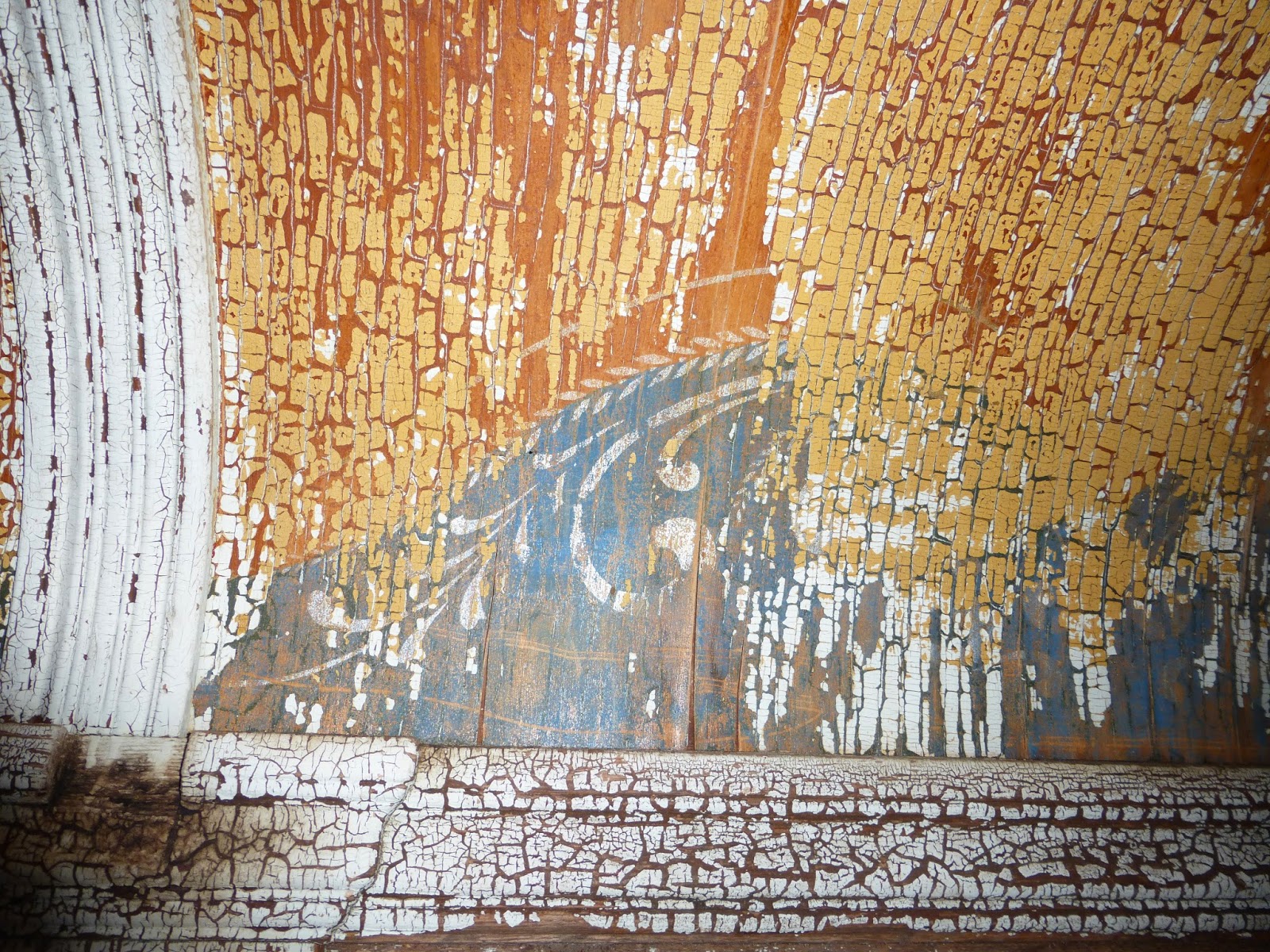 Today I joined the CFL league!

Those of you from my generation are picturing me playing football in Canada.

As humorous a mental picture as that might generate, I spent the morning installing some Compact Flourescent Light bulbs (+ accessories).

It started so simply. We have a torchiere lamp in our living room which provides all the man made light. It takes a 3 way (100,200,300 watt) mogul base bulb. These are getting expensive, and this one did not last very long. Typically one filament burns out and we are stuck with either 100 or 200 watts. Sometimes the one that fails, takes out the other, leaving us in the dark. When this happens it also often trips the breaker, meaning a trip outside and the resetting of the clock on our DVD/VCR player. This is no small task.

Off to the hardware store. Option 1 is another mogul base 3 way bulb.

2- a 100 watt (26watt) CFL which would need an adaptor. The price adds up to about the same, but the adaptor is "forever" and the bulb should last several lifetimes, but only 1 light level.

Yesterday bought the "100" watt as a trial. Better half was not satisfied with the amount of light. So today went back to buy the bigger bulb. It was gone.

Off to another store, they didn't have the large bulb either, but they DID have a "dimable" 100 w CFL at a comparatively reasonable price. This might go well on our bedroom ceiling. So I bought that and went off to another hardware store to buy the 150 watt CFL.

Came home, removed the small CFL from the lamp, screwed in the big bulb, no work! Reinstalled small bulb, it works. After a lot of putzing around, the base of the large bulb does not allow it to make contact with the adaptor....hmmm

Onto the bedroom. Dimmable bulb installed. Already have a dimmer switch, but it only goes from off to on, nothing in between with the CFL. When all else fails read the package. "May not work with all dimmer switches". Off to the hardware store... "THE" dimmer switch that "works" with CFL is $24, but WTH. Come home, actually read instructions, note that there is an internal switch to flip for CFL use. Install after putzing around (actually turned off circuit for part of the procedure!)

The dimming is minimal :(  But at least the light works.

Investigated options for living room lamp. Looks like maybe I should replace the lamp base (if I can) They make a 3 way small base CFL  which has 125 w as a max. Meanwhile, took a mogul base 3 way bulb from our back room and put it in the living room lamp.

What to do with the large 150w CFL? Well there are some clampable lamps in the garage that could take it. But one of those has a broken switch/base, so back to the hardware store for a replacement.

I'm done for today, but the story will be continued when the mogul base bulb blows.
Posted by Silliyak at 8:43 PM No comments:

I would like to think there might be a resemblance to my great great great grandfather Thomas Wilkinson, a slave owning :( Quaker from North Carolina 1805-1871. 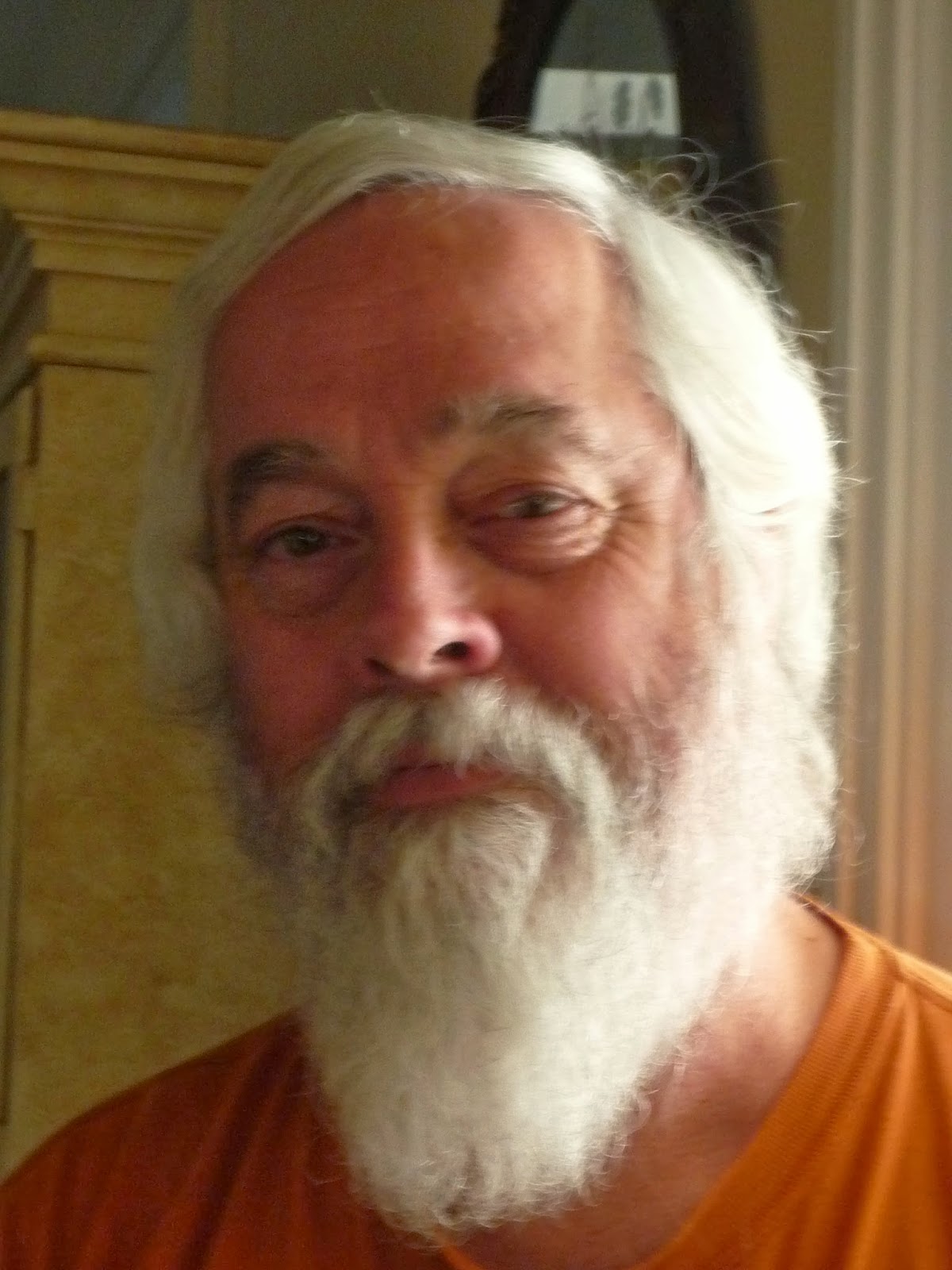 But there are no pictures to know for sure
Posted by Silliyak at 7:54 AM No comments: 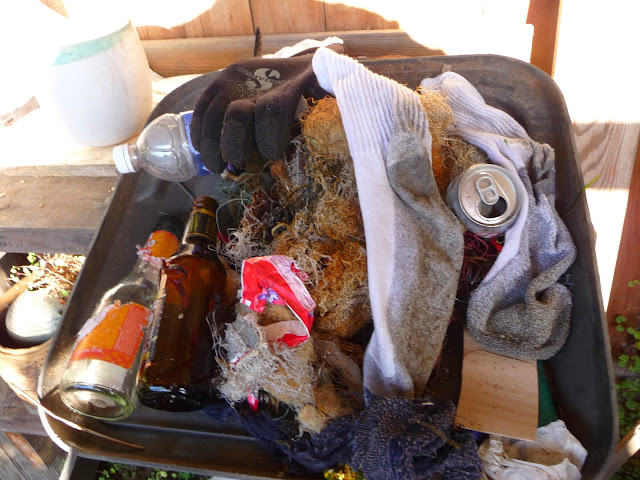 Happy whatever it is you're celebrating.
No whining!
We all have it a LOT better than a lot of other people.
Enjoy this time, this moment is all you're guaranteed.
Recall the best, forget the rest.
I can still deliver a lump (of coal) when necessary.
Don't make me come over there.
-Sanity Clause- 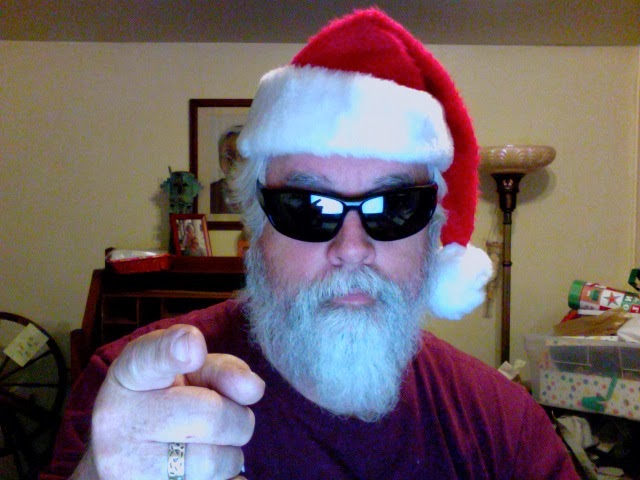 For my seemingly missing knitting readers

Check this out.
Posted by Silliyak at 9:42 PM 3 comments:

It's been awhile since I've posted anything... This morning the odometer on my '06 Prius looked like this 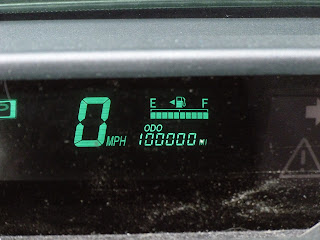 And for a laugh and a reminder to drink decaf there's this...

Posted by Silliyak at 7:30 AM No comments:

For my hopefully forgiving horse enthusiasts 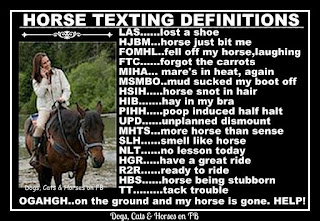 Tonight will be our first night in our house since the redo began. A few things left to be done, but it's livable. Art to be rehung, new window "treatments", and a lot of stuff to put away. 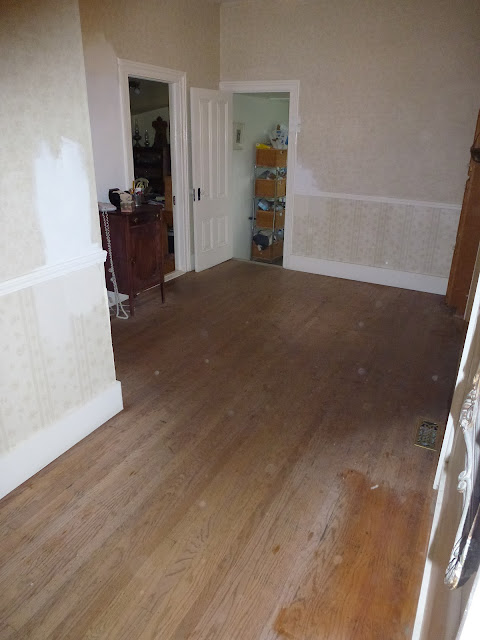 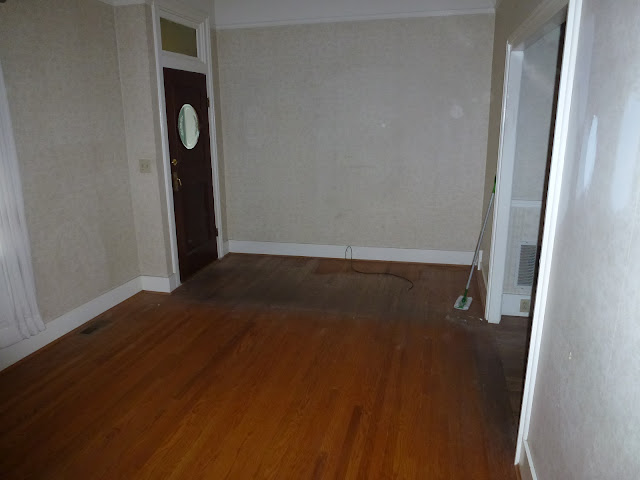 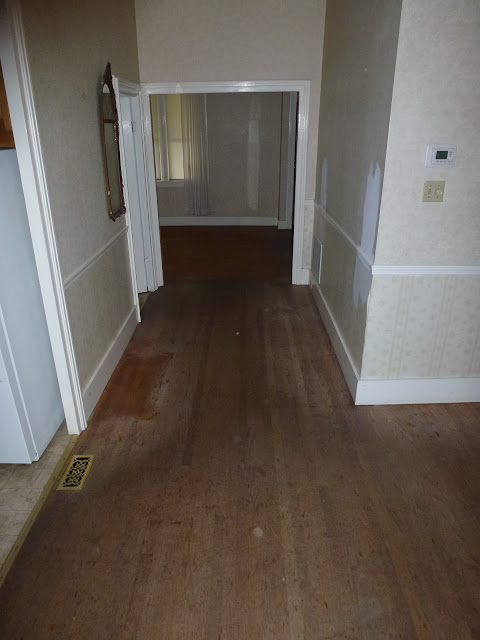 The TV cabinet came back from storage with a damaged panel, bottom left door, so the door is at the wood doctor getting fixed 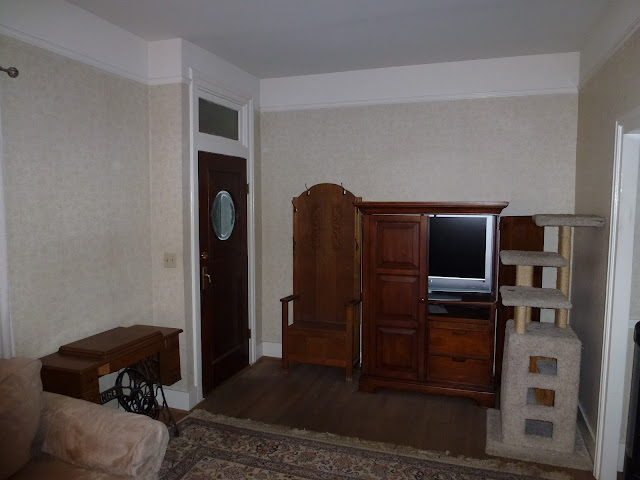 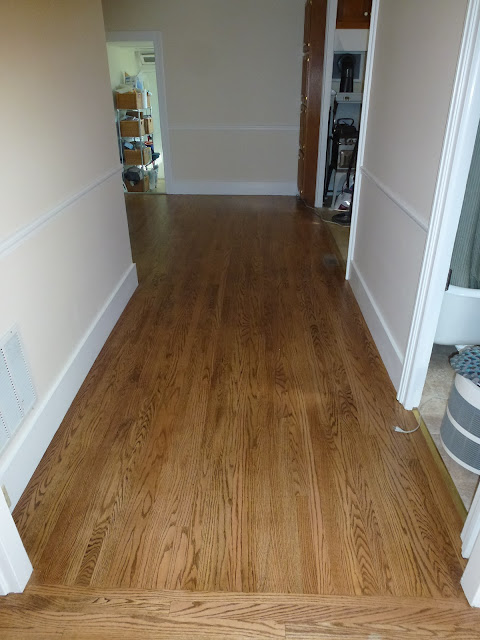 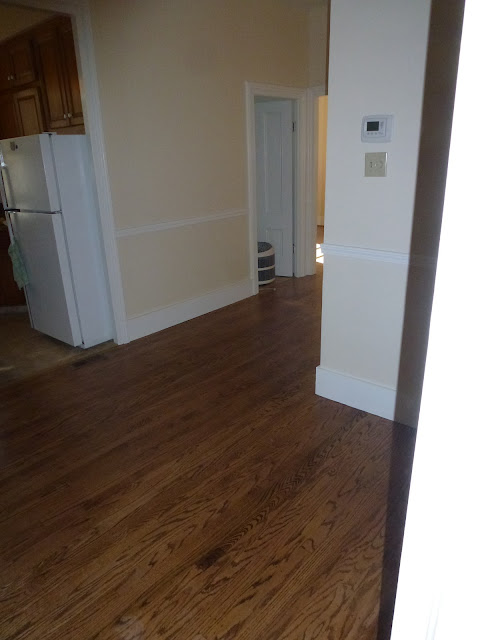 The bathroom remodel has been substantially finished for some time, just awaiting an over the toilet cabinet. After some hassle, we had one made, patterned after a no longer available model from Lowes. At least this is real wood/plywood, but at substantially higher cost, but made locally. 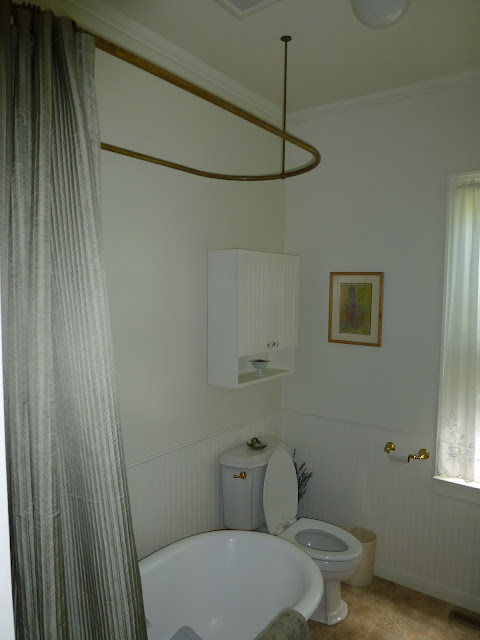 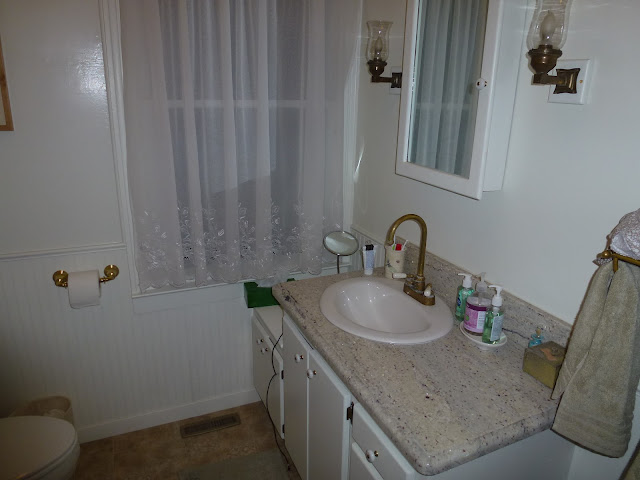 Next we move out for about a month while the wallpaper in the living room, hall, dining room and kitchen is removed, then the walls painted. After that, the oak floors get redone. A moving and storage Co will be here at the end of the month to put most of the stuff from these rooms in storage for the duration.
Posted by Silliyak at 10:02 PM 1 comment:

Who's that knocking on my....skylight?

So last night, left alone with the cats, the buzzer on the dryer indicates it is done. Shortly after that I hear a frantic scratching. I dash to the dryer and fortunately find nothing out of place, and the scratching has stopped. I looked around the house, nothing. Then I hear it again. Eventually I find this.

We're in the middle of updating our bathroom. Step 1 is removing the wallpaper. Step 2, after looking for interesting patterns in the glue, is it's removal. 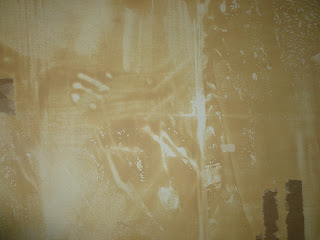 Step 2.5, it turns out, is repairing the damage from removing the wallpaper.
Posted by Silliyak at 7:46 AM 18 comments:

What's this stuff down here?